Being born in 1980, this quote is certainly a memory of my childhood. But, since this is a blog about beer, let’s jump forward 37 years. In December 2017, the Wooden Bear Brewery in Greenfield, IN created a holiday style beer named using this iconic muppet quote. Coming in at a smooth and tasty 8% ABV, C Is For Cookie has the aroma of a snickerdoodle (and beer) which pours through to the aftertaste. In between those moments you get the warm feeling of the holidays, leaving you cozy as could be. They release it each winter, so I snagged a half-growler to enjoy at home. 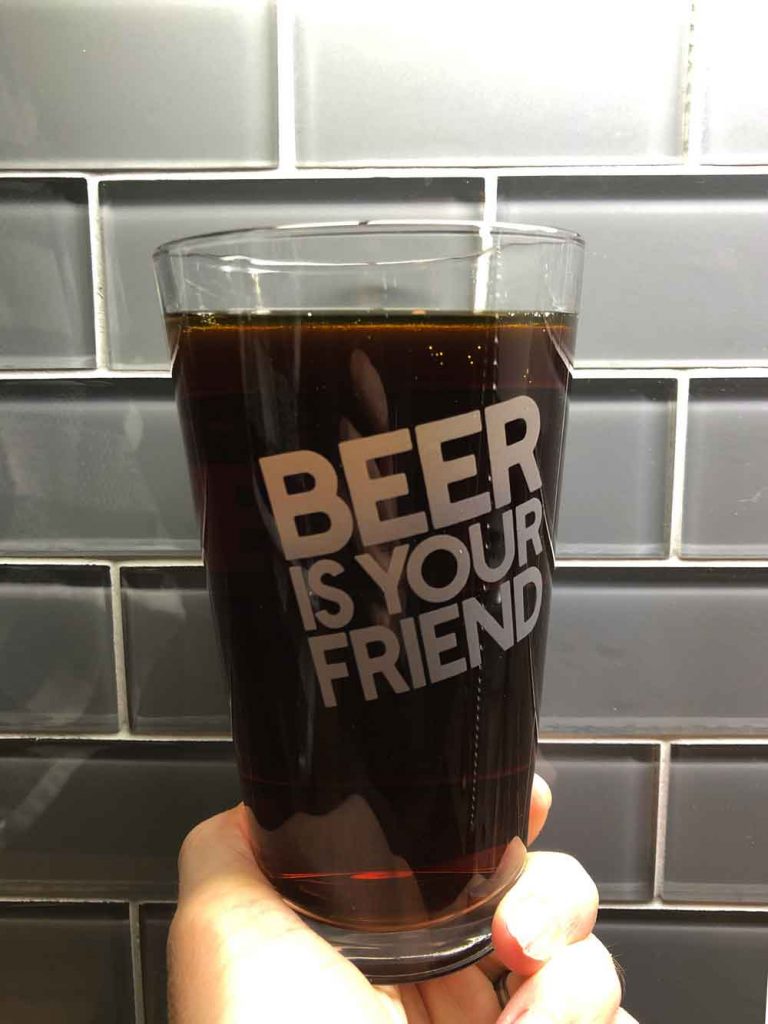 Not only did this blessed beer come into existence in late 2017, but I also re-started a Christmas Bird Count centered in Greenfield. Leading up to this inaugural CBC, we had a snowy owl show up inside of our count radius. Expert birders, novice birders, folks who have no plan of ever actually ‘birding,’ were doing just that. Our local Greenfield Birders Facebook page grew by 33% over just a few weeks, thanks to these fantastic white hunting-machines. Yep, that was plural! Two were present on our CBC day within on mile of each other.

In our second year of the Greenfield CBC, we were again doing our count in the third week of December, which is relatively early in the timeframe allowed. Our high temp for the day was 54 degrees so we had no Snowy Owls to look forward to. But, we were still targeting other Indiana owls such as the Great Horned, Barred and if we were lucky, an Eastern Screech-Owl.

As the day was winding down, Sara and I took a stroll at Thornwood Nature Preserve with another Greenfield Birder couple. It was mid-afternoon, which in Indiana in the month of December means it’s late afternoon (sunset was 5:20pm ET). We picked up the typical woodpeckers, Carolina Wrens along with the ever present Carolina Chickadees and Tufted Titmice.

As we made our way out of the woods I glanced at a small sycamore and something seemed odd. This conspicuous sycamore is six feet off of a foot trail and it leans noticeably to the north. Last year it housed some Wood Ducks, so I have spent a reasonable amount of time observing this tree and its occupants. There are two large nesting holes on the northwest side of the tree, not more than 20 feet above the woodland floor.  When I looked at it this time, I only saw one hole. How could that be?!?! Let me enlighten you. 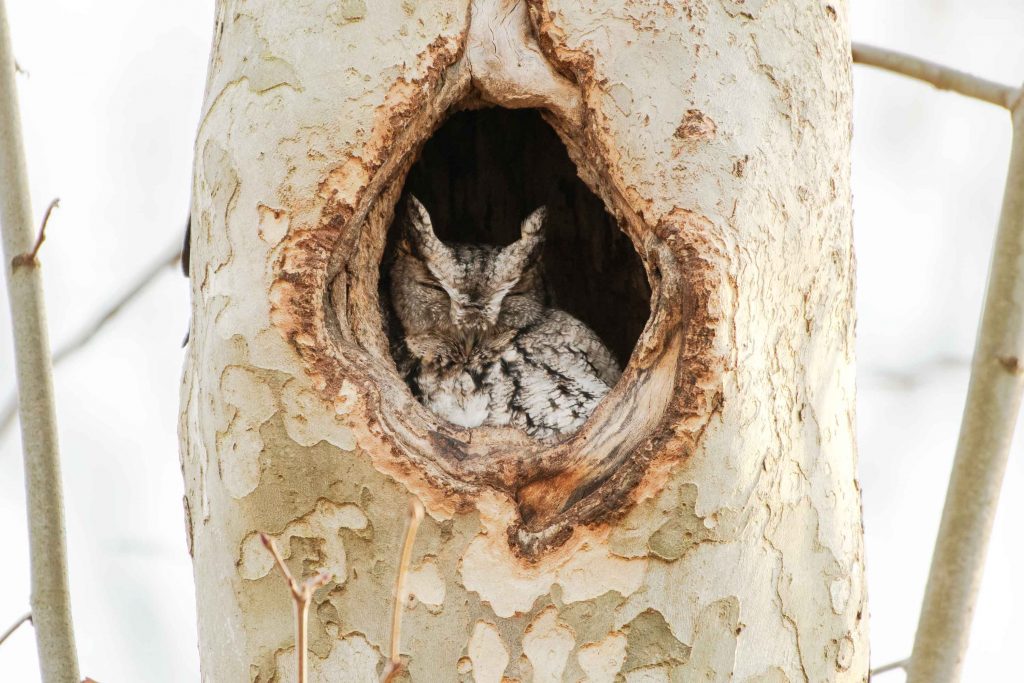 My next sentence I feel should be an apology to my mom for the f-bomb.

I digress. This gray morph Eastern Screech-Owl and it’s camouflaged feathers were stunning. Blending with the sycamores’ shades of grays and whites, this 7-10 inch tall owl perfectly filled one of the nesting hole entrances. All four of us stared in amazement as the owl sat as still as you could possibly imagine; watching in silence after my brief explosion of obscenity.

Fast-forward to October, 2019. Walking through Thornwood Nature Preserve, on a balmy October evening, and there it is. That wonderful owl. I have been able to continue observing this owl from afar over the winter. February of 2020 marked the fifth consecutive month of the owl being at Thornwood. I hope to make it six consecutive months. Wish me luck!